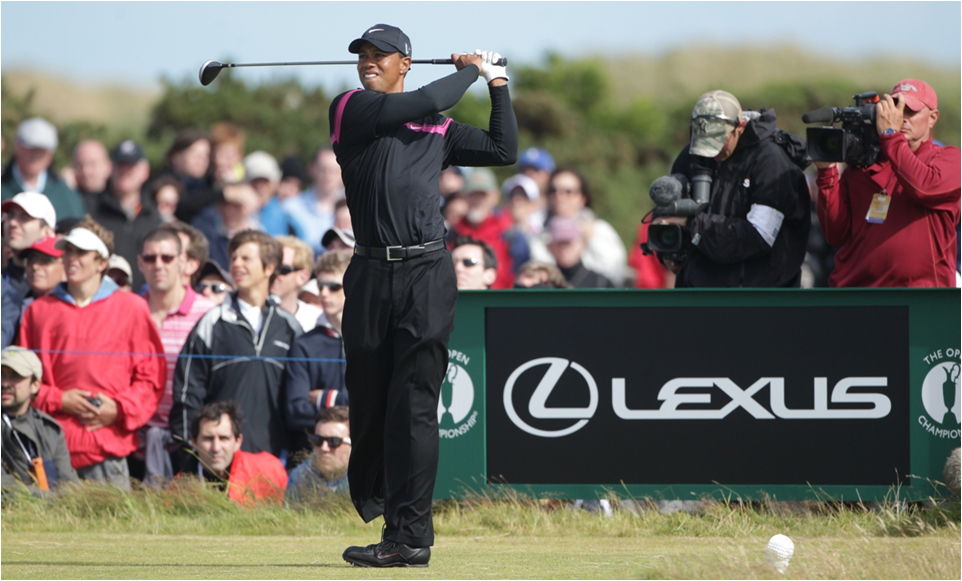 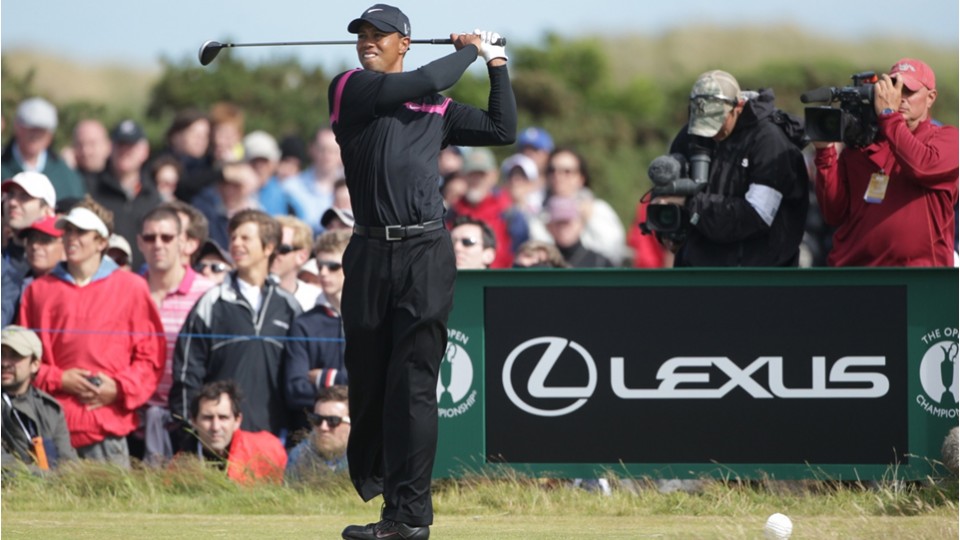 From 1996 to 2010 developed a pan-European strategy to build the Lexus brand from out of Toyota + create customer/prospect strategy. Once this was achieved improve the brand awareness globally. 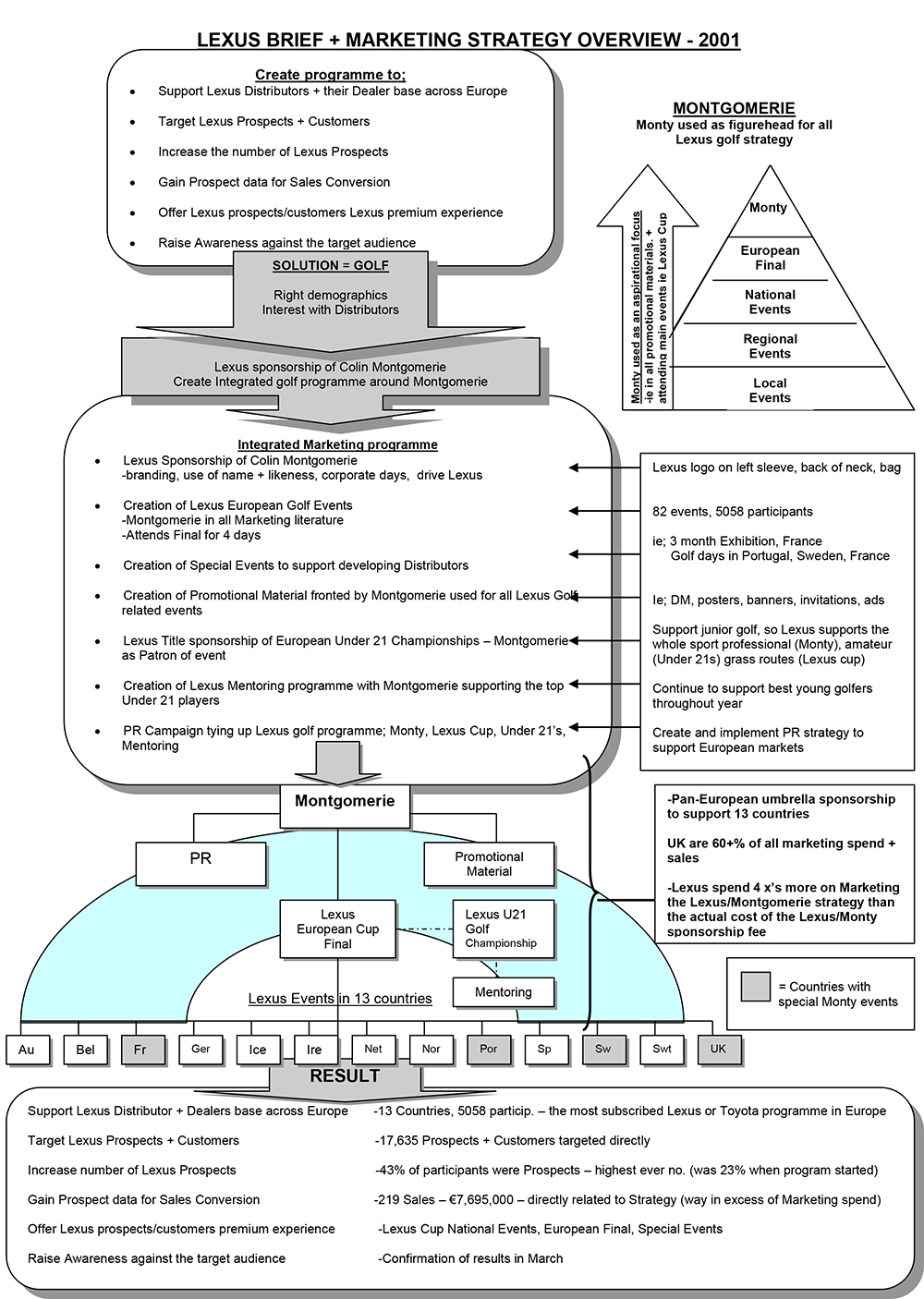 5. Creation of PR Strategy to support European programme;
-Lexus Title sponsor + Montgomerie Patron of European Under 21 Golf Championship, followed by the Lexus/Montgomerie Mentoring scheme (see below no.’s 6 + 7)
-Title Sponsor of U21’s + the creation of the Lexus Mentoring programme, allowed a 3 tier PR hook to be created; Professional / Montgomerie, Amateur / Lexus Cup, Grass roots / Lexus U21’s. This was the central theme in all Media relations throughout 2001.

6. Lexus Title sponsorship + Montgomerie Patron of European Under 21 Golf Championship.
-Objective of event is to support / provide junior golf with focal point + give young stars of tomorrow the perfect vehicle to progress from amateur to professional
-European event to enhance European Marketing strategy

7. Developing this theme, Lexus/Montgomerie created the Lexus Mentoring Scheme to provide the best young golfers with advice and coaching from Montgomerie for their future transition from the amateur to professional game 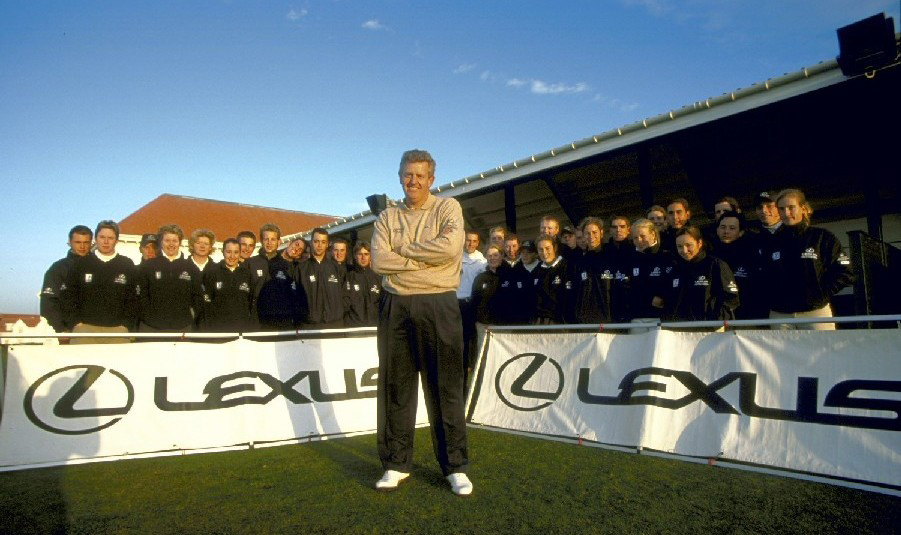 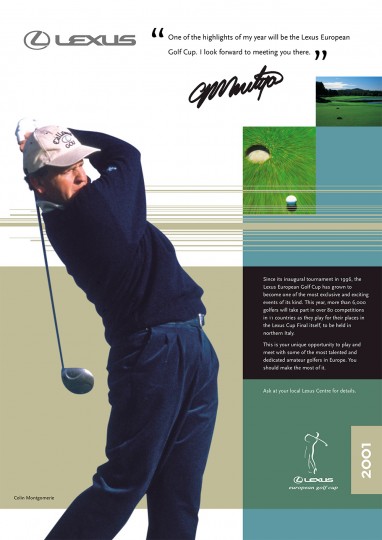 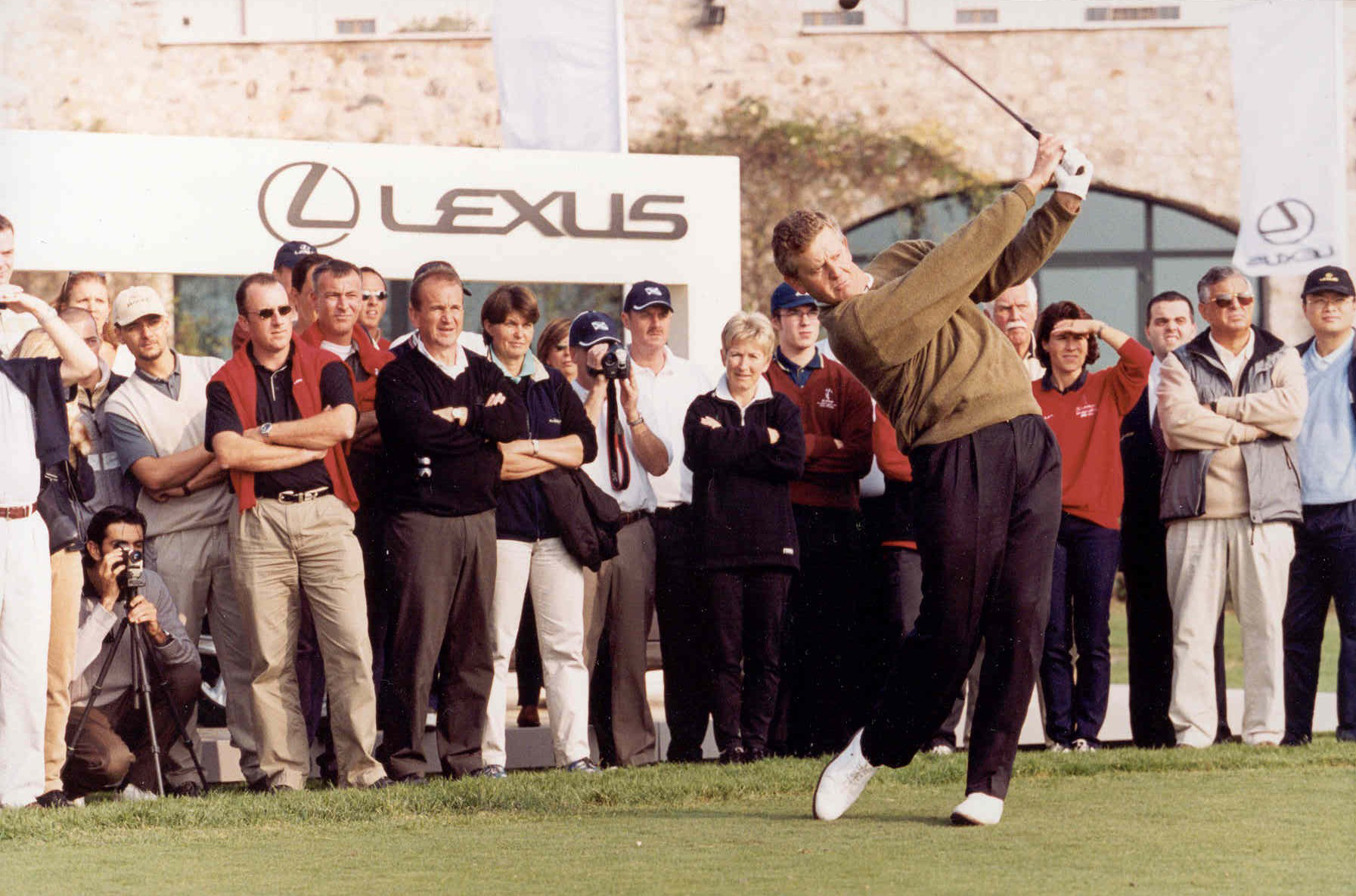 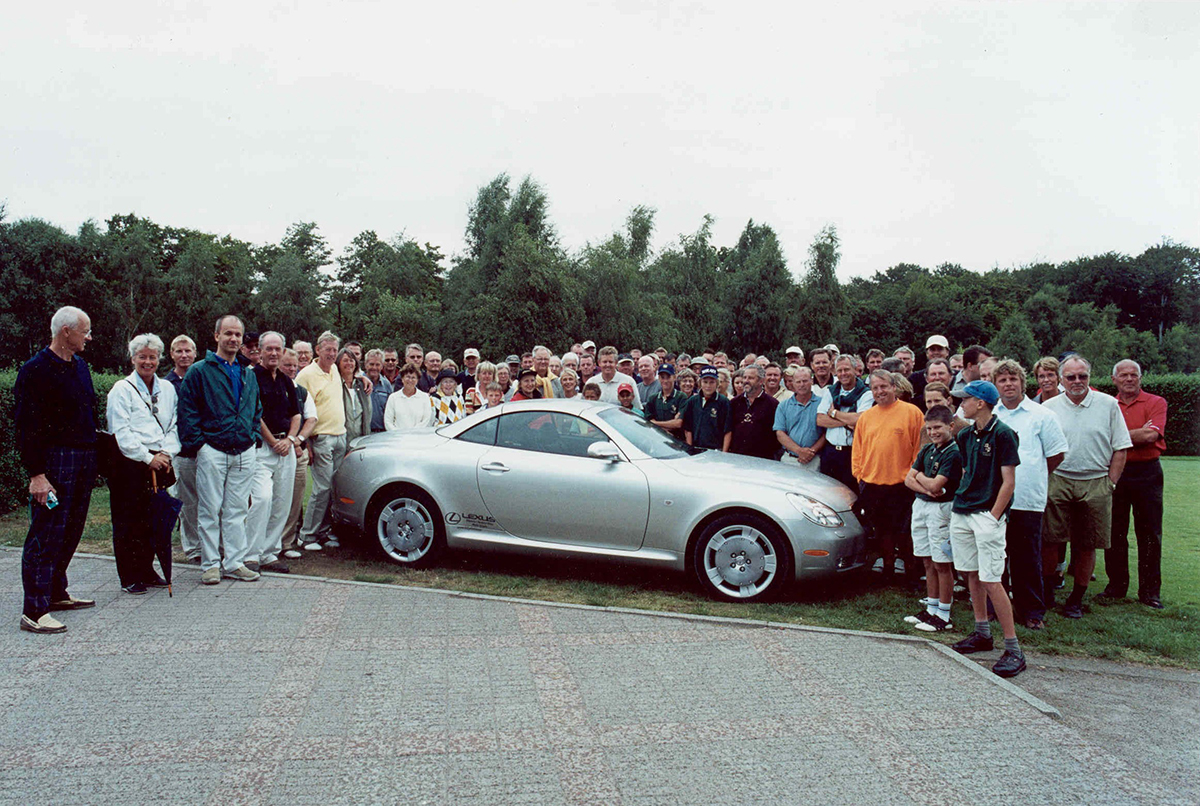 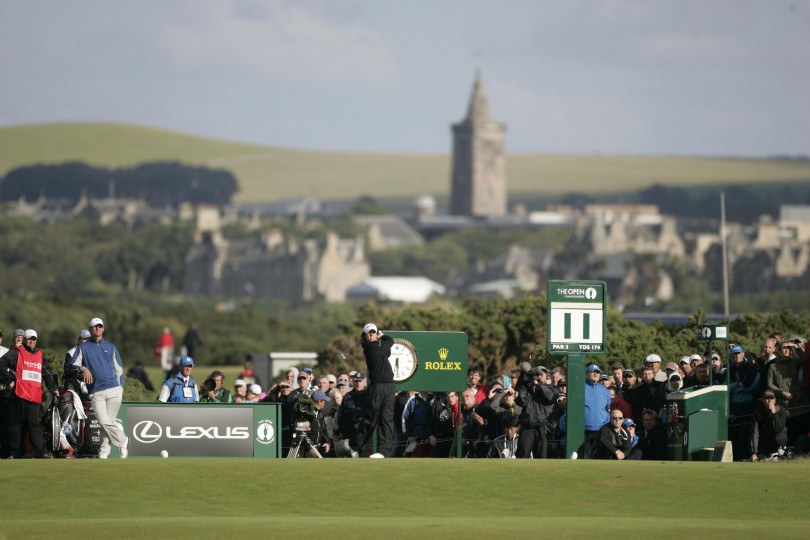 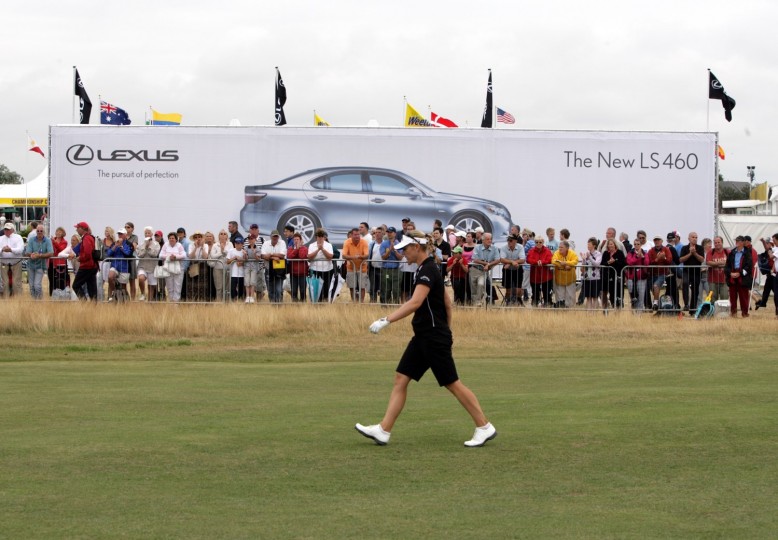 In response to the 6 Campaign Objectives:-

3. Increase the number of Lexus Prospects
-43% of participants were Prospects – highest ever number (23% when programme started)

If you would like to discuss how you can use golf partnerships to connect with your key audience contact us here.